Disneyworld is such a magical place. It is honestly one of my favourite places on earth. Where an adult doesn’t need to “adult”. Where you can forget that you’re actually an adult when you see your favourite character, and proceed to get in line for a photo. Cam & I went to Disneyworld on our honeymoon 13 years ago, and have been back a couple times since. Every time we’re there, I am like a little child again. So. Much. FUN! One day we plan to take the kids… when they’re a bit older. I’ve been waiting for what seems like FOREVER to take them, but soon enough! We bonded with Kevin & Darriane over our mutual shared love of all things Disney.

Kevin & Darriane took a trip to Disneyworld this year. They spent time going to each park, staying at a Disney hotel, getting early and late access to all the parks… They enjoyed day after day, taking in all the gloriousness that is Disneyworld! Kevin planned a special supper, that he THOUGHT would be a surprise for Darriane. She saw a confirmation email to Cinderella’s Royal Table supper, so she knew about it, but didn’t think much beyond that. They spent the evening in Cinderella’s castle, at Magic Kingdom, watching the night’s fireworks and enjoying supper. After the fireworks, a white plate covered with a silver cloche came into the room, just for Darriane! The cloche was lifted to reveal a glass slipper, and there was Kevin, down on one knee. He proposed, making some bad Disney puns, and thus began their happily ever after, at the happiest place on earth!

Kevin & Darriane, thank you so much for allowing us to capture your engagement! We LOVED hearing the story of your very special proposal, and all of your Disney adventures. I especially loved how we could incorporate some special Disney elements into your shoot. It got me itching for when I can go back again! You guys were a lot of fun, and Cam & I wish you all the best as you plan your Regina wedding! 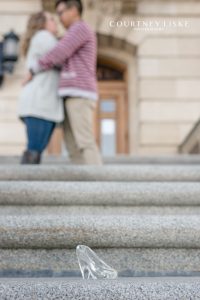 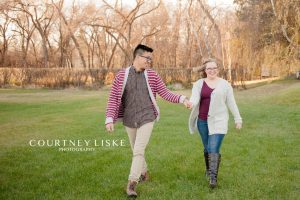 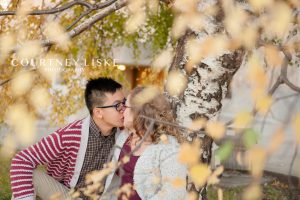 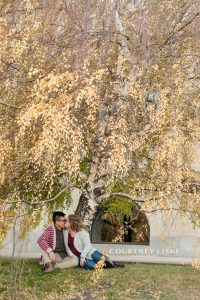 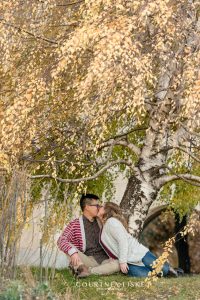 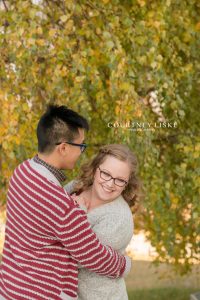 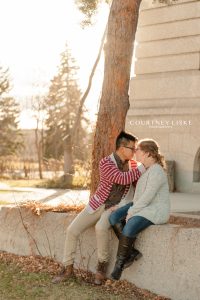 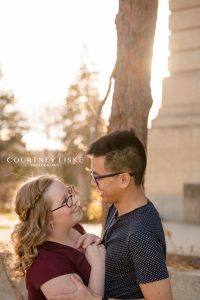 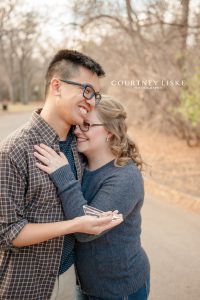 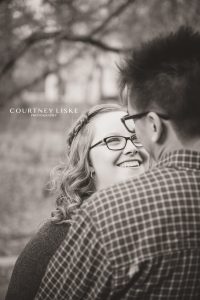 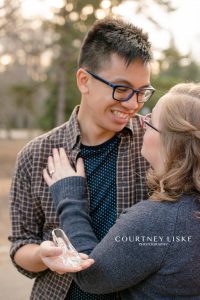 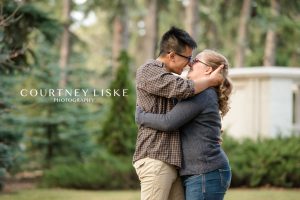 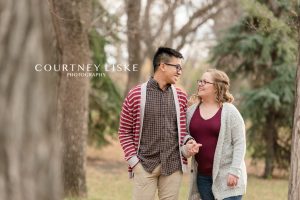 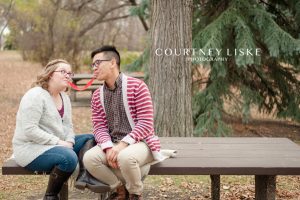 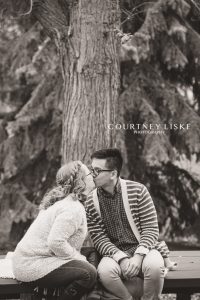